LEDGrowlights101 is reader-supported. If you buy via links on our site, we may earn an affiliate commission at no extra cost to you.

LED vs HID Grow Lights: Which is Better?

There is a conversation among cannabis growers that continues day by day, and that is where and how their plants receive light. The market for grow lights has expanded and evolved with society as the bias towards cannabis has dwindled. With these changes have come trials and errors, resulting in two types of lighting that cannabis growers swear by: LED and HID.

Compared to the current competitor, Light Emitting Diode (LED) grow lights, sometimes referred to as “Blurple lights”, are a somewhat newcomer in terms of artificial lighting. Early models of LED lights were too dim and proved to be inferior to HID lights. The rate at which LED lights have evolved to compete with HID and other grow lights over the years is impressive. The once too-dim lights have been improved in terms of strength; however, some models of LED lights have proven to be ineffective during the flowering stage. The lower intensity of the light additionally results in overall lower temperature, aiding those who don’t want to invest in several fans or even air conditioning units.

What LED lights lack in strength; they make up for in being able to offer a complete light spectrum as well as longevity. Some companies even have an app, letting you control the light your plants are receiving. Expect LED lights to last anywhere between 50 and 100 thousand hours, this ultimately means less maintenance for your lights. The strength of LED lights is not as intense as HID lights, and as a result, LED lights must be kept closer to the canopy. Typically, the lights will need to be hung above the canopy at six inches, and consequently adjusting the height of the lights is necessary. Due to how close the lights are to the canopy; growers may run the risk of light burn or “bleaching”.

The required closeness makes LED lights preferable for smaller growing operations, as well as how efficient they are. The efficiency of LED lights is something most growers can agree on and is appreciated by those who partake in stealth growing. With the efficiency comes an opportunity to even receive money. Now depending on where you reside, rebates for using LED lights may be available. Federal and local governments have offered rebates as an incentive for growers to go with an efficient LED set up.

Another major issue hanging over LED lights is the fact that there are no standard specifications across manufacturers. This may prove to be a hassle for some growers, as more research is needed when deciding on which grow LED lights you’ll purchase. Some growers are discouraged from using LED lights due to their initial price. It can be easy to turn away from LED lights due to their price, but with their longevity, you end up saving money in the long run compared to other alternatives of light. 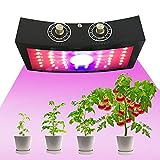 Other Factors to Consider

When using LED lights, it is best to keep in mind that the color of the light isn’t the best thing in the world for your retinal cells. The “Blurple” color the LED lights emit often make it difficult to detect any deficiencies early if the grower isn’t attentive. Due to this very reason, the line between love and hate for LED lights is one many growers find themselves standing on. Across different platforms you’ll find growers on either side of this line, some even using the word “Blurple” with a negative connotation. Some growers seek out an alternative option and go with LED lights that emit a color that is a yellowish in appearance, this helps as it is not as difficult to view the plants. 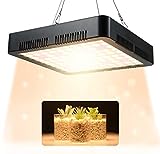 When it comes to HID lights, you may find them praised by high-end commercial growers and hobbyists alike. High-Intensity Discharge lights create light when a gas inside the bulb is ignited. There happen to be two main categories of HID lights. The first being Metal Halide (MH) lights.

HPS lights ignite a gas that burns at the red end of the light spectrum, which as mentioned above is useful during the plants flowering stage. 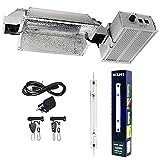 HID lights prove to be useful in ways LED lights are not. For starters, HID lights are dimmable. This permits a grower to select the amount of lighting a specific area of their grow receives. This goes in hand with the fact that HID lights offer greater light penetration than LED lights do. Thus, a grower will not need to be constantly adjusting the height of their lights.

As the plant grows the change in temperature won’t be as drastic as it would be with LED lights. The intensity of HID lights makes it perfect for commercial growing operations, but with that intensity comes drawbacks. The intensity results in higher temperatures, which causes two problematic situations for the grower. A higher intensity results in more energy being consumed, so if a high light bill frightens you, you may need to seek alternatives.

Onto the main issue, and one that growers dread is the high temperature as a result of the intensity. Higher temperatures may leave the grower with no other alternative but to invest in additional equipment in order to avoid plants burning. Protective hoods may be needed, as well as exhaust fans. If your operation is a large-scale grow, air conditioning units may even be required. 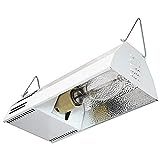 Other Factors to Consider

Minor inconveniences include the fact that for HID lights to operate properly they require a ballast and reflector. Some ballast will only function with MH lights and some will only function with HPS lights, often requiring the grower to acquire multiple ballasts. Ballasts are both metal and digital, and when using a digital ballast, all HID bulbs may be used without having to change the ballast.

Maintenance of the bulbs is another inconvenience growers must deal with, but if you don’t mind the occasional maintenance work, this won’t be an issue for you. Unlike LED lights, each bulb has its longevity, so it’s best to note the date the bulb was installed. Over time, the bulb’s effectiveness will surely decrease. Although the initial cost is cheaper than LED lights, replacing bulbs over time may prove to be costly and even annoying for some growers.

When it comes to which grow light is superior, there is no definite answer. If that was the case, various types of growing lights wouldn’t exist. The answer lies in what your set up looks like, how much space you have to work with, and what you’re looking to gain out of your grow.

For those that are limited on space and prefer a more inconspicuous method, LED lights will be your best bet. LED lights may even be used for a medium-sized operation if you don’t mind the constant need to adjust the height and the pruning that comes along with that.

Those of you who are running a large-scale operation and looking to maximize the yield are better off going with HID lights. You’ll have to be more cautious with the plants, and far more attentive with the bulbs, but the yield you receive will hopefully be worth all the effort. In some instances, growers have experimented and used both LED and HID lights. The results have varied, so if you decide to proceed with this method, keep that in mind. 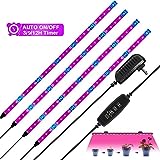 One issue that arises with both LED and HID lights is that the colors they emit often hide the naturally occurring colors of the plants. This makes it difficult for the grower to spot any damages that the plant may have such as nutrient deficiencies, bleaching, and burns. If you happen to have any money to spare, grow room glasses can fix this problem for you. If you don’t want to go through the hassle of messing with your lights and/or picking each plant up and examining it, consider purchasing a pair.

Whichever set of lights you decide to purchase will either aid or harm your plants, so it’s important to not rule out one or the other. With proper research, attentiveness, and patience, your growing operation will reward you in the end. We wish you the best of luck and happy growing!

What is the High Times Medical Cannabis Cup?

What Was the Oregon Compassion Center?